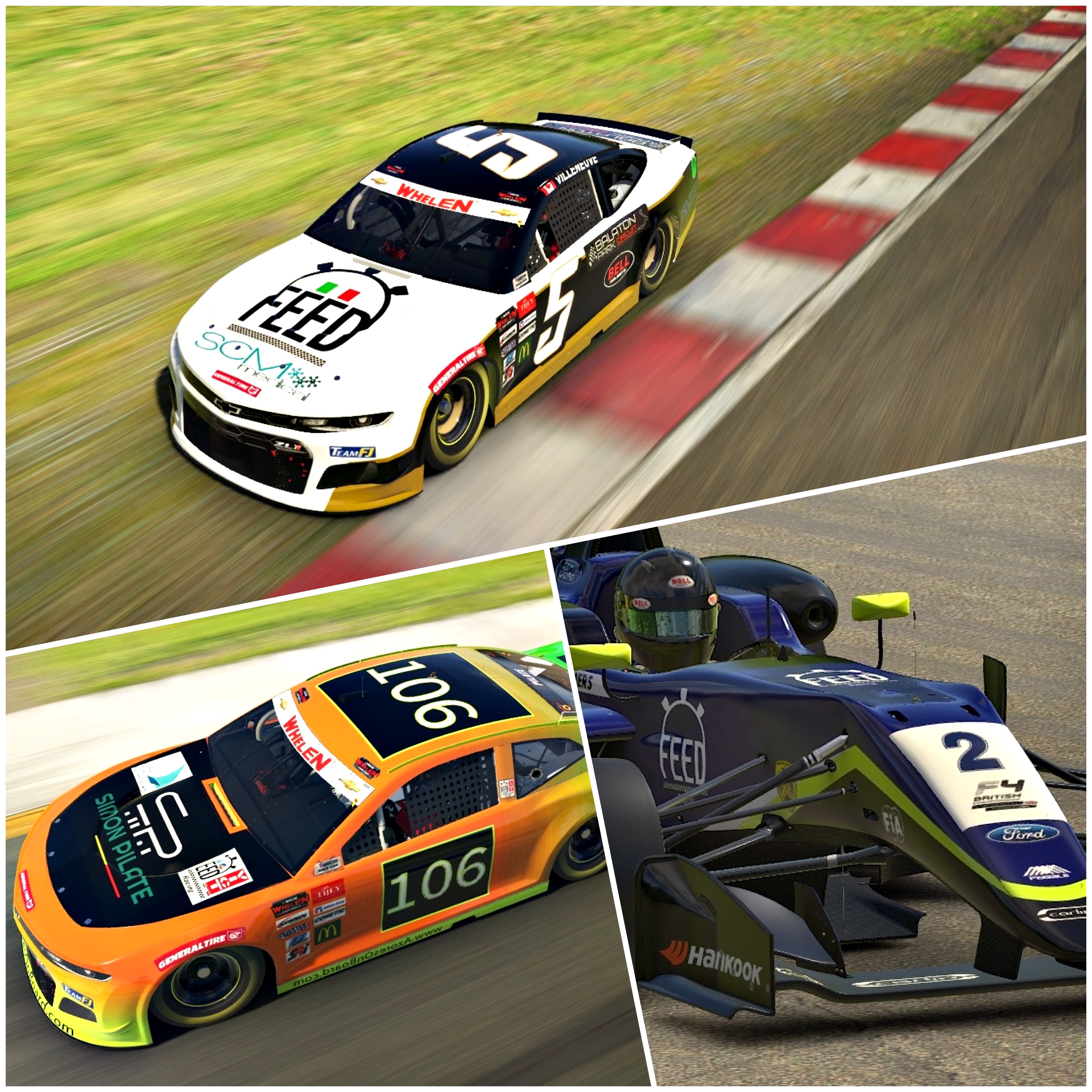 While the 2020 motorsport season is still at a standstill, some of the first FEED Racing edition’s drivers are defending our colours in various virtual championships.

After intensive winter testings in British F4 following his final victory at the first FEED Racing year, Marijn Kremers took part in the eSport version of the English championship organised on iRacing.

The British F4 iRacing Trophy takes place at Donington Park, Brands Hatch, Silverstone, Oulton Park and Snetterton, every Monday from the end of April to June, replacing the actual races during the global coronavirus pandemic.

Another student of the FEED Racing school who has switched to Sim Racing for the occasion, Belgian Simon Pilate, who officially entered the Nascar Whelen Euro Series (NWES) in 2020 on behalf of the brand new VICT FEED team, is waiting for the championships to resume by also taking part in the virtual championship.