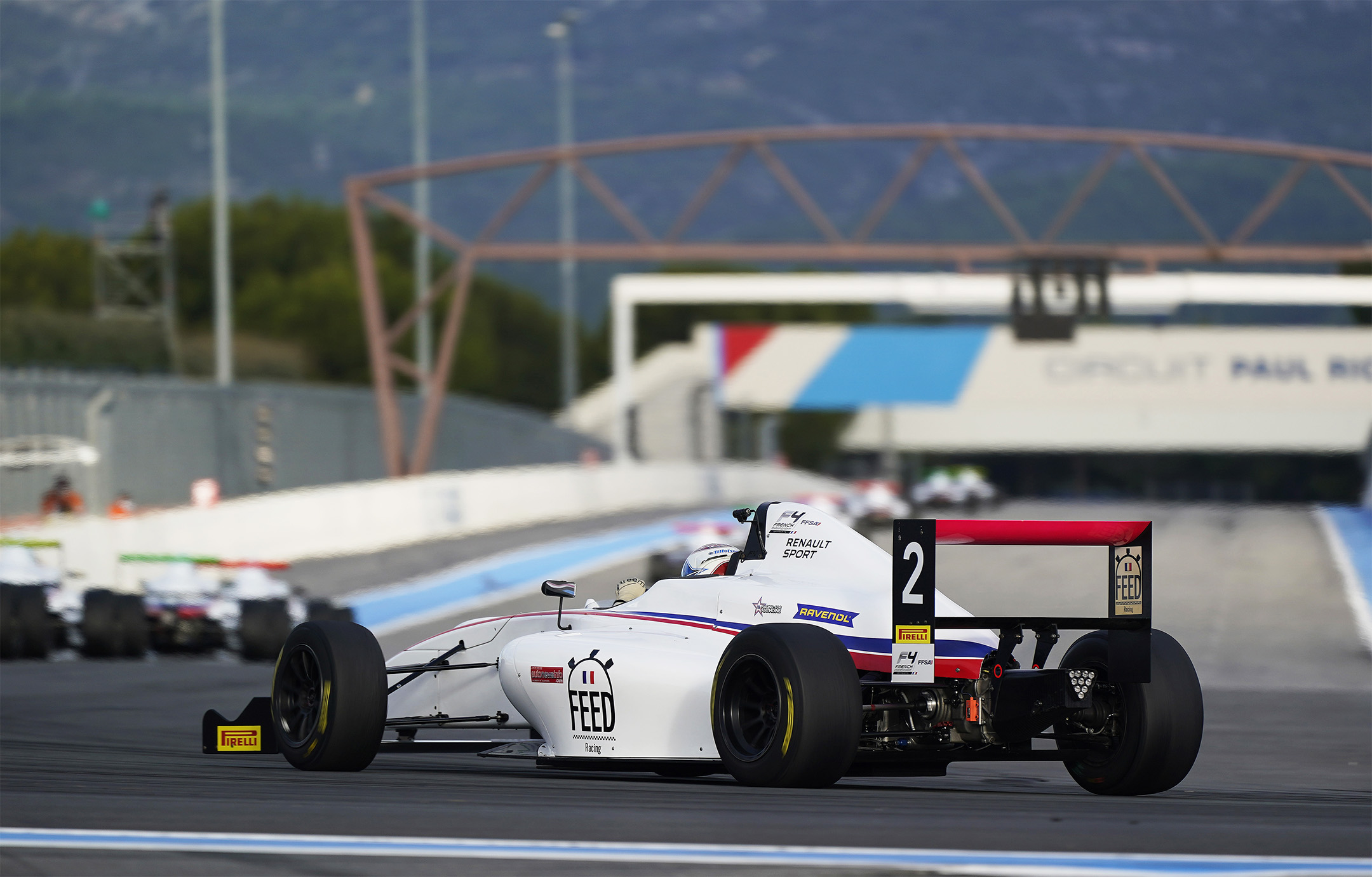 Finalist of FEED Racing in 2019, Etienne Cheli finished second behind Dutch rider Marijn Kremers. But the young Frenchman also had his chance in F4, after Kremers had to withdraw from this weekend’s meeting in favour of the world karting championship. So he officially started in the French Formula 4 championship, for three races.

« Getting a late call to make my debut in French F4 was an incredible surprise. Ever since I became vice-champion of FEED Racing last year, I haven’t stopped believing my time would come. I was ready for any opportunity. I am delighted to have been able to drive at the Paul Ricard, even if I am a little disappointed with my results. I could have done a little better, I think, despite the fact that I haven’t driven for months. I haven’t even done any karting this year. But I was still able to show some nice things. In race 1, I emerged sixth at the first corner and I was able to resist, to finish P8. In race 2, in the rain, I was third on the grid but had a very bad start and moved back to P12. I fought back up to P8. Finally, in race 3, I improved my lap time and finished in the same second than the very experienced leaders. I would like to thank FEED Racing, Jacques Villeneuve and Patrick Lemarie for the opportunity, and the FFSA for the warm welcome. I hope I will soon be able to show what I am capable of. »