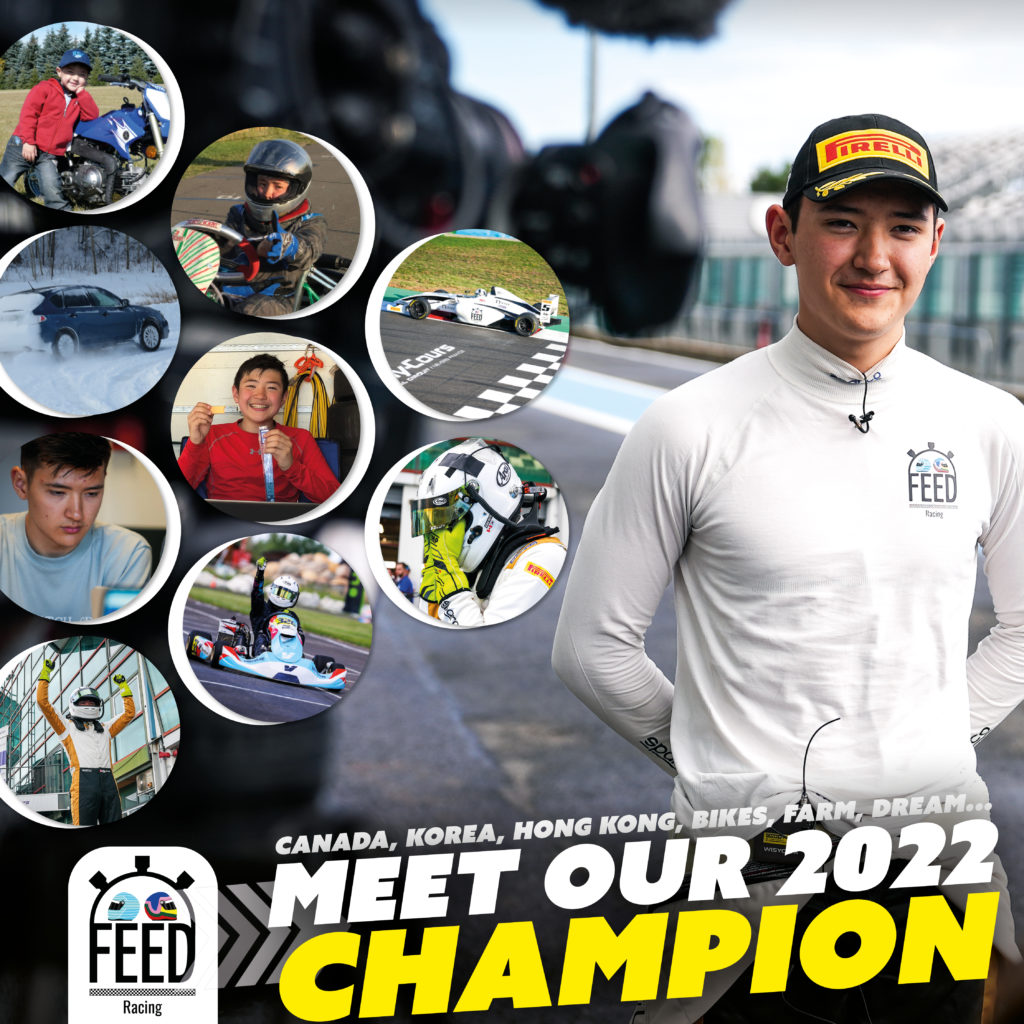 The 4th season of FEED Racing ended in beauty. Close and tense duels between the 6 finalists, from all backgrounds and ages (15 to 21 years old; Canada, France, Belgium; karting and simracing); and a clear and very impressive winner:

Kevin triumphed over all his opponents on the GP Circuit of Nevers Magny-Cours and will be in 2023 on the starting grids of the FFSA F4 French Championship.

The registrations for the 2023 FEED Racing F4 “VOLANT” (5-day training courses, then final phases) will open tomorrow at the end of the afternoon. A new season offered in French F4 in 2024 will be at stake. The places will be counted!

➡️ All about our 2022 Champion, Kevin Foster:
1. His first taste of anything related to motorsports came by the age of 3, where he rode his first dirt bike around a family friend’s property.
2. Kevin’s family moved to Hong Kong in 2006.
3. After 2 years of living in Hong Kong, they all moved back to Calgary.
4. Kevin kept riding dirt bikes at the Blackfoot motocross track.
5. He developed an interest into F1, as one of his close friend at school and still to this day introduced him to the world of F1.
6. Kevin’s dad became a farmer in a farm property of 160 acres just an hour NE of Red Deer.
7. His father created a flat track oval and motocross course into one of the fields for all the family.
8. Kevin started Karting in 2018 in the Western Canadian Karting Championship.
9. In 2019, Kevin had to stop due to lack of budget.
10. Kevin started enjoying driving a Subaru Impreza on a frozen lake around his father farm.
11. Kevin was back in karting again at the local kart track with Alloy Racing.
12. Kevin finished 2nd Overall in the 2021 CKRC.
13. Kevin started working at the Kartplex Karting facility.
14. Kevin became Driver coach for Alloy Racing in Calgary.
15. Kevin won the Kartplex Area 27 Karting shootout for FEED Racing Scholarship.
16. Kevin flew to Magny-Cours for the July 5-Day FEED Racing F4 Course.
17. Kevin became 2022 National Rotax Sr Winner.
18. Kevin won the FEED Racing Final.
19. Kevin will drive in the FFSA French F4 Championship in 2023.

💥Wanna a write your own story?